The La Bula Oasis is characterized by an important offer of local flora and fauna. 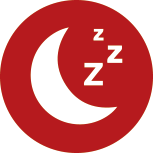 Extension: 20 hectares, on the southern outskirts of Asti

Symbol of the oasis: The green frog

The urban oasis "La Bula" extends over 20 hectares just south of Asti, along the Tanaro river. Founded in 1990 by private owners, it is currently managed by the WWF.

The area is part of a naturalistic engineering project that aims at restoring the territory to its original state, restoring the river area from the state of decay caused by years of pollution, excavations of inert materials, use as a waste deposit and headquarters of illegal activities.
The renaturalization work, carefully designed and supervised by a team of engineers, architects, naturalists and forestry experts, is enjoying great success. The introduction of native tree species and the regulation of excavations (now limited to a smaller area), are allowing nature to regain dominance within the oasis.

Thanks to the scrupulous work carried out by the WWF, the area extending from La Bula to Alba has been included among the Site of Community Importance (SCI), identified with the name of Stagni di Belangero (Ponds of Belangero).
This recognition has encouraged numerous initiatives by Piedmont Regional Government and ARPA, culminating, in 1999, with the funding to the Ente Parchi Astigiani (Asti Parks Authority) for the completion of the infrastructure for the protection and use of the urban oasis and the protection of the biotype.

Upon its completion, the oasis will have various equipment aimed at creating educational paths. Through guided tours, it will also be possible to devote oneself to the observation of birds and other local fauna from protected observation points.